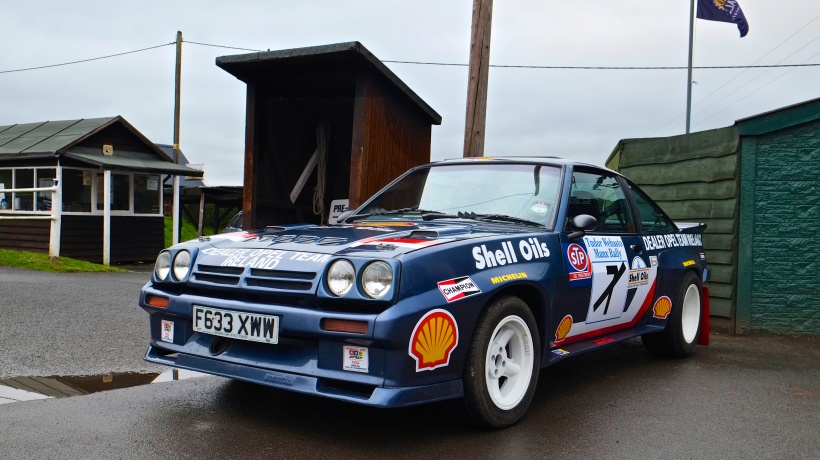 Yesterday morning we were up bright and early and went to Shelsley Walsh’s Breakfast Club Meet. This is an excuse for car enthusiasts to  fire up their precious metal, head to an idyllic part of the world and show off their pride and joy to a whole bunch of other petrol heads and car lovers. To this end we took our 2008 very rare Opel GT. However, because Peanut’s son was up from London for the weekend we had to take Our MINI JCW Coupé along as well. A wonderful 40 minute cross country drive to Shelsley  Walsh for the pair of us then. Mindful of my frail health just now post chemotherapy I kept the roof up on the journey there just in case I got too cold and ended up spoiling my day. Anyway, here is how the day went.

We were there just before 9 and quickly got the cars parked up. The weather  was dull and the skies were full of clouds bursting with rain but actually it held off and there was no wind so it was actually quite pleasant wandering around admiring the cars. Before long old friends began to appear and it was a delight to be joined, first by Charlie and Will and then by Stargirl and Dealmaker., Wibbly showed up with Carmen and their lovely daughter Ebban and then Lucky Dave popped up, bringing along a fun Renault Twizzy which we all had a quick test drive off. That was fun.

Then we spotted Elliot’s MINI JCW Roadster but no Elliot. Soon enough he showed up with a couple of pals and before we knew it the morning became all about the people and not the cars. It was lovely to catch up with all these old pals from our MINI world and what was nice was that you could see that everyone else felt the same. We headed for the mess hall and queued for breakfast. I enjoyed demolishing a full English (without an egg, but that is another story) and very quickly the morning had transformed into a simply perfect English Sunday morning. A full English, lots of precious metal to be admired and lots of old pals to chew the fat over as we dreamed of whether to get a Porsche Cayman S or a Jaguar F-Type Coupé.  yes it was fun to be with like minded people whose dreams were just as big, if not bigger than ours. It was all good fun and all good banter.

The cars? Well let’s see… There was a very sexy Victoria red Opel GT that caught my eye – oh we brought that! there was some serious metal there in fact. A Jaguar F-Type Coupé S in white and a Jaguar F-Type Convertible S in red. For us the white F-Type stole the show, but there were also some very sexy Ferraris, Lambos and Astons to make us drool, as well as some lovely old classics. A very pretty frog eyed Sprite for one. There were a few Porsche 911s from the 70s and 80s for me to dream about too.

All too soon people began to drift away and it was time to head for home. The skies were still heavy and rain always threatened, but so what it was dry. Down came the roof and I set off chasing the demonic Lady Peanut who was armed with a MINI JCW Coupé with sports button. I had a hoot chasing her home in the Opel GT and the only thing I suffered from once we got home was an aching mouth, from where I had been grinning for too long!

So there you have it. Breakfast Club at Shelsley Walsh Hill climb. Catching up with old friends, admiring some gorgeous cars and filling the belly with a full English. Could a Gentleman ask for more from a Sunday morning? 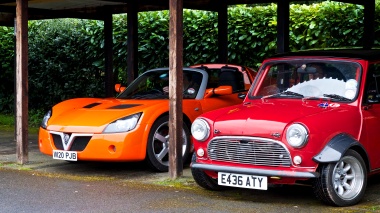 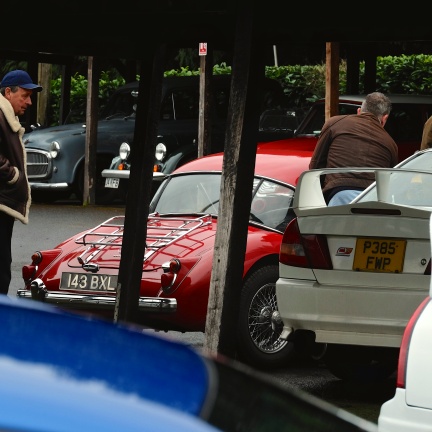 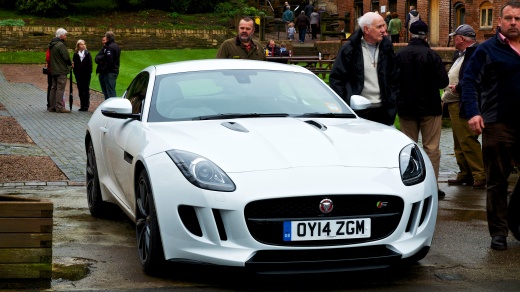 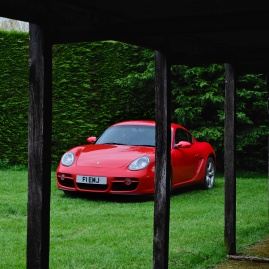 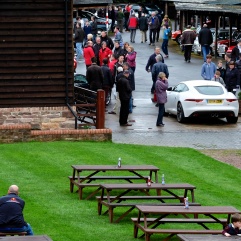