While CooperBeast is no longer at Beastie Folly his new owners have very definitely decided to keep him a member of the 500 club. He now sports new 500 plates that also reflect the family surname and they display his name “CooperBeast” along the bottom of the plate. The 500 roof decals remain in place too. It means a lot to us that his heritage is not being forgotten. Just as you shouldn’t change the name of a boat perhaps if a car has a name that should not change either. Or maybe in this case CooperBeast over the years has just made that name his own. He really is looking fantastic in the flesh and his adventures and escapades will continue to appear on here. 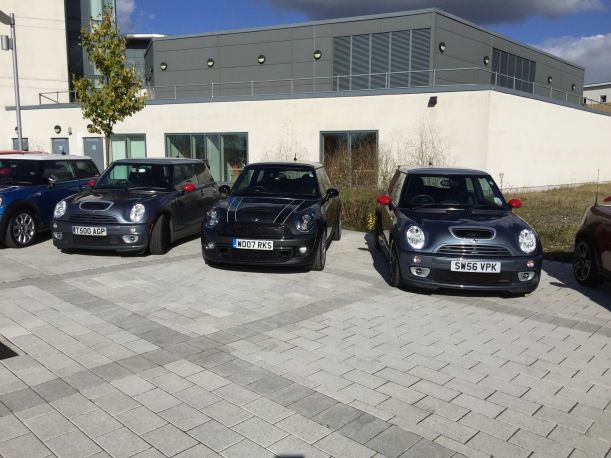 Saturday had been a busy day for us and Sunday turned out to be more of the same.

We got up at school time and were out of the door at 8.30 in order to be at Reading MINI for a get together with fellow MINI fanatics at an event organised by LUXE MINI.

We have made a lot of new friends in the MINI community as a direct result of being in the Welsh MINI group and we enjoy meeting these people once again as well as old, old friends from the MINI scene such as Andy, who now rides a wicked looking black F56 MINI JCW. Coffee, tea, pastries and burgers were provided by LUXE MINI, which was very kind of them, as they did all they could to ensure it was an enjoyable day for everyone. In truth beautiful sunshine all day ensured this.

END_OF_DOCUMENT_TOKEN_TO_BE_REPLACED

Saturday afternoon saw us at Prescott Hill Climb for an American Classic Event. 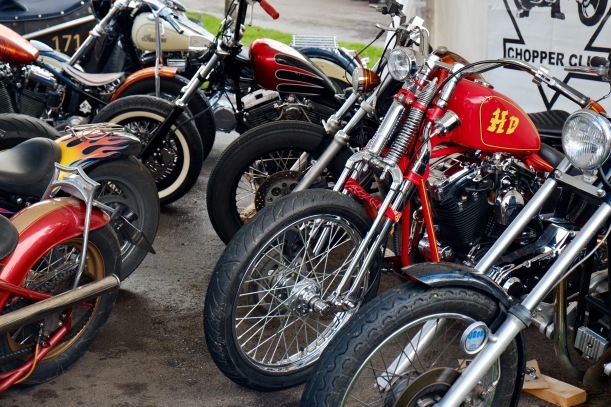 Unfortunately the weather was not brilliant with spells of lovely sunshine mixed with periods of rain. We walked about and in truth there were not that many American Classics on show. However, there was an eclectic mix of cars that allowed Chrissie to grab a few interesting photographs.  END_OF_DOCUMENT_TOKEN_TO_BE_REPLACED 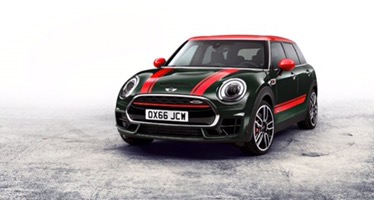 MINI will travel to the Paris Auto Show to introduce the JCW version of the second-generation Clubman.

The John Cooper Works Clubman is powered by the 2.0-liter four-cylinder engine that’s both turbocharged and direct-injected and makes 228 horsepower from 5, 200 to 6,000 rpm and 258 pound-feet of torque from 1,450 all the way up to 4, 500 rpm. The turbo four spins all four wheels via MINI’s All4 all-wheel drive system and either a six-speed manual transmission or an eight-speed automatic.

The 3,400-pound JCW Clubman hits 60 mph from a standing start in six seconds dead regardless of which transmission it’s equipped with, and it goes on to a top speed of 147 mph. The extra power is complemented by a JCW-specific suspension that’s lower and stiffer than standard on the rest of the Clubman range,  a sport exhaust, and Brembo brakes all around. An adaptive suspension is available at an extra cost should you require that little bit more from the suspension. 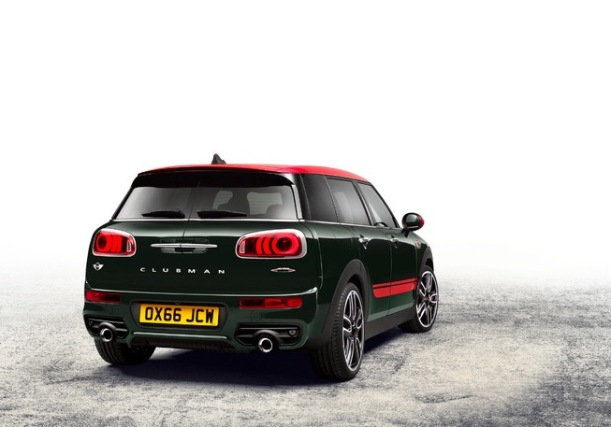 The JCW stands out from a regular Clubman thanks to a full body kit that includes a new front bumper with bigger air dams and side skirts, as well as 18-inch alloy wheels and dual chromed exhaust tips. Nonetheless it is a tasteful rather than an in your face body kit, suiting the overall new Clubman ethos very well. MINI has also upgraded the cabin with sport seats for the front passengers and matching fabrics on the rears. 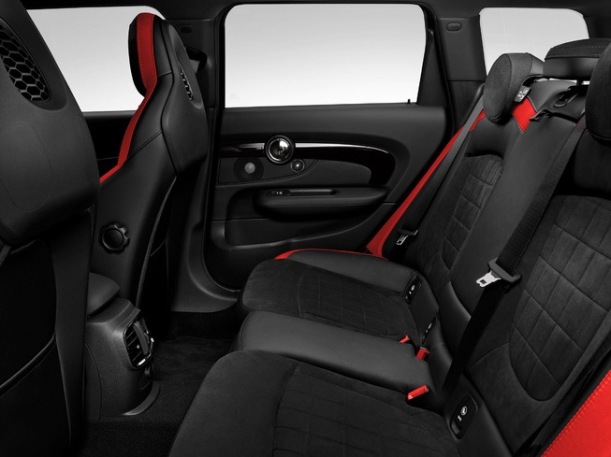 The 2017 MINI John Cooper Works Clubman will go on sale nationwide in December. Pricing information will be announced in the weeks leading up to its on-sale date.

This would work perfectly in the Beastmaster stable, the problem being we don’t want to let go of anything we have to make room for it. We simply love it though. 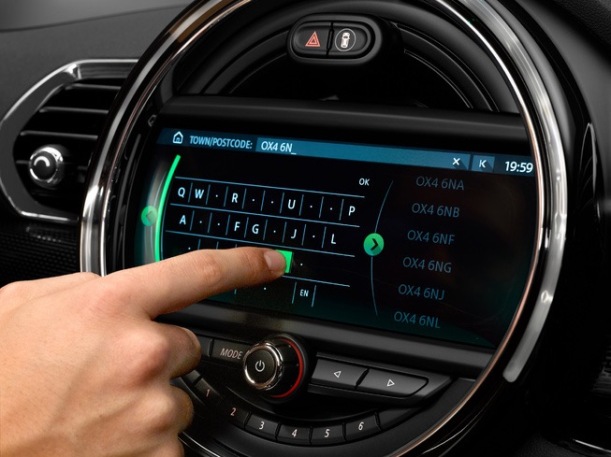 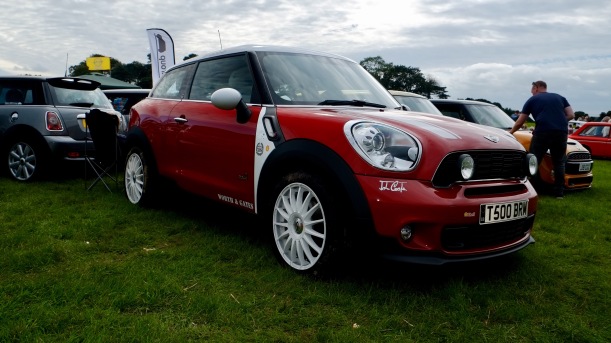 Here are some more photos from the day. END_OF_DOCUMENT_TOKEN_TO_BE_REPLACED 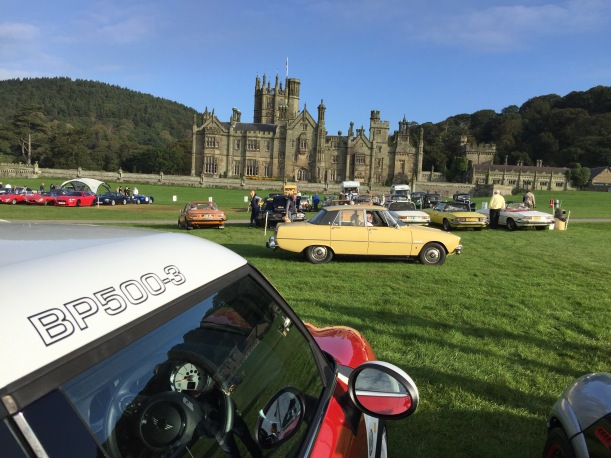 Yesterday we were at the Mini Action Day at Castle Combe where we had a brilliant day. Today we were at Margam Country Park in Port Talbot for their annual Classic Car Show. We went with the Welsh Mini Group, taking our Paceman, PaceBeast along and we had another terrific day out. END_OF_DOCUMENT_TOKEN_TO_BE_REPLACED 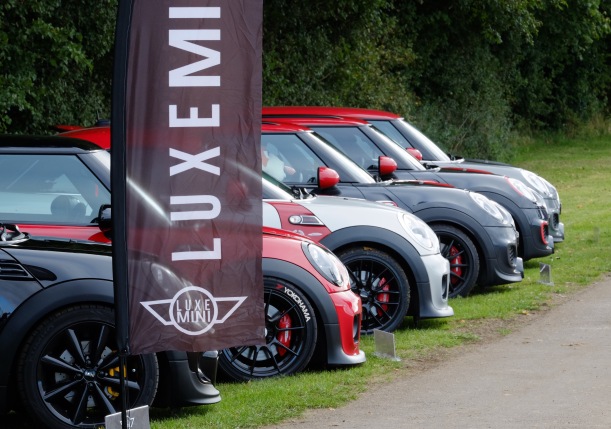 We had been hoping to go to the Castle Combe Mini Action Day but can’t commit till late on due to the uncertainty of my health. The Welsh Mini Group were fully booked when we looked but then Luxe MINI appeared and had places. We applied and they made us feel very welcome. END_OF_DOCUMENT_TOKEN_TO_BE_REPLACED

To get it The Elf had to say goodbye to CooperBeast a beloved red MINI Cooper that has been in the family since it was new some 13 years ago.

We are pleased to say it has found some worthy new keepers as a friend of Beastie, a chap from work Steve, bought it for his wife Dawn. We are also told that it will stay in the 500 club with some appropriate plates being put on it in the future.

It was sad to see it go, but it was time for some new owners to enjoy it and inject some TLC into it. Saturday then was a win day for The Elf, with her new Golf and it was a win for Dawn as she took ownership of a beloved iconic MINI from within the MINI community.

Best wishes to Dawn and The Elf with their new motors. 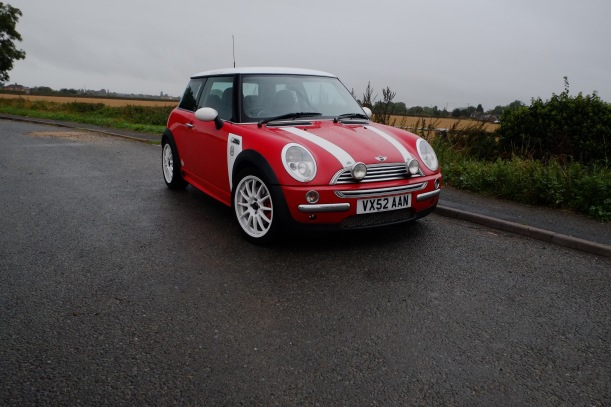 A few months ago The Elf ordered her VW Golf GTI and today her brand new car finally arrived. It’s sparkly, it’s new, it’s shiny and black. It has red bits on it too. It’s two cars in one, it’s quiet and refined, my Mum would feel cosseted and comfortable in it. She could get in it easily. She could get out of it easily. Push the go pedal though and it responds easily and hurtles you rapidly to illegal speeds. Visibility is great. Everything just works. It makes our MINI JCW Coupe look childish by comparison. 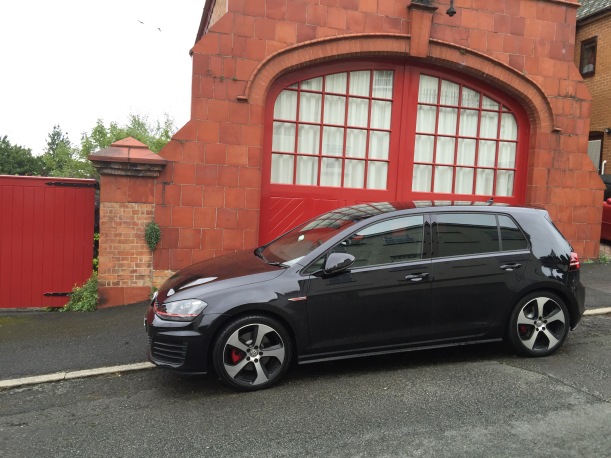 The MINI only has two seats so Mum can’t go in it. If she does she struggles with the low position and the long door. It’s hard to see out of the back. The MINI is just not as practical as the Golf. The MINI is just not as refined as the Golf. The MINI exhaust pops and bangs rudely. When you start the car you know the engine is on. You don’t in The Golf. And all this is the beauty of cars. One person’s love affair is the nemesis in another person’s life. 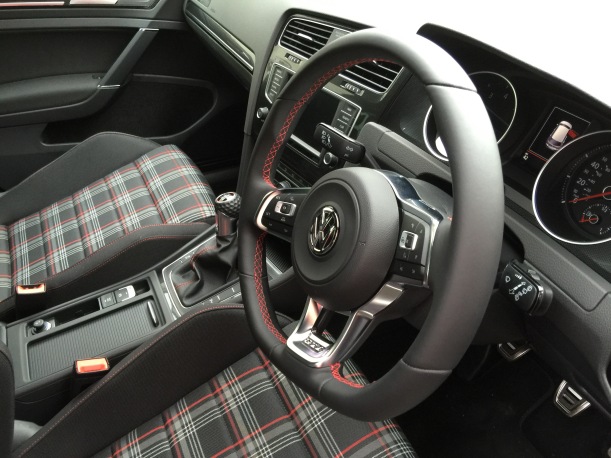 The Elf is in her early thirties, she holds down a good job with good pay. She is a professional. The Golf compliments her lifestyle. This car helps her play the part she lives in life.  With the Golf, you arrive at work refreshed and relaxed ready to put in your full shift. You arrive home chilled once more after a tough day of total professionalism in the office. You are relaxed and in the frame of mind to ponder on how much a pair of black Louboutins with red soles would match the pearl black Golf with its red accents?

They are both great cars but only a car with soul loves Louboutins! 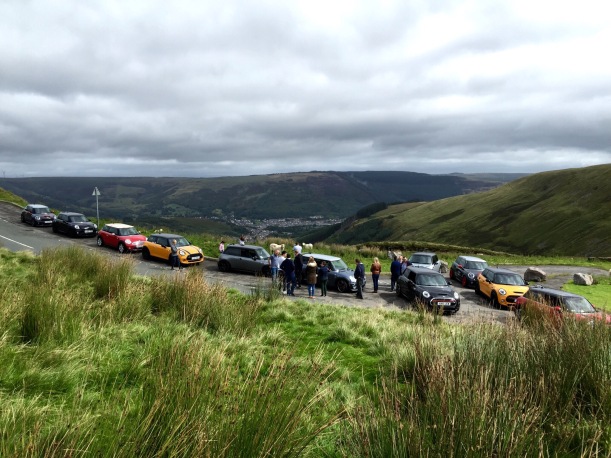 An early start saw us at Cardiff West Services at 9.30 to meet the Welsh Mini Group on Facebook for a MINI run followed by a pub Sunday lunch. A smashing group of people turned up, old old chums such as Andy and Aston & Debs to new pals such as Lewis, Sue, Denise and Morgan. It was a lovely mix of people resulting in a great drive, a lovely lunch and some wonderful socialising. Put simply it’s the MINI life. END_OF_DOCUMENT_TOKEN_TO_BE_REPLACED

My Tweets
AutoBeast
Blog at WordPress.com.